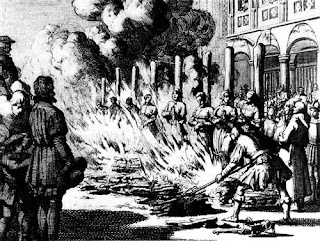 Women’s reproductive freedom is not a war against religion; it is a war against religion imposing its will on the tribe of women. To say that the battle for women’s rights and women’s reproductive freedom isn’t about religion though would be a lie. It is about a religion; an extremely loud and rich group of men and women are using their God and the holy texts from which He sprung as sacred and moral reason for their actions and that is persecution. The witch burnings of the middle ages come to mind.