Home » What is the Equal Rights Amendment?

What is the Equal Rights Amendment? 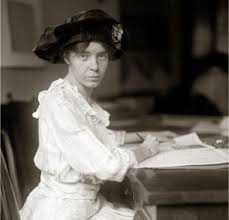 The Equal Rights Amendment was first written by Dr. Alice Paul in 1923 and would provide blanket protection from sex discrimination in our Constitution. The ERA is a non-partisan human rights issue. As a matter of fact, Republicans first introduced it to both chambers of Congress also in 1923.

The Equal Rights Amendment is not yet in the U.S. Constitution
The ERA was finally approved by Congress in 1972 and sent out to the states for ratification, with an arbitrary deadline of 7 years attached (this was later extended to 10 years).

In 1982, the extension expired 3 states short of the 38 needed for ratification. READ MORE

Currently, there is legislation to remove the deadline allowing time to obtain the 3 additional states needed to ratify the ERA. The current bi partisan Senate bill is SJRes15 and has 35 co sponsors. The House bill is HJRes43 and has 104 co sponsors. READ MORE

The equal protection clause of the 14th Amendment to the U.S. Constitution does not protect against discrimination on the basis of gender or sexual orientation, according to Supreme Court Justice Antonin Scalia.
READ MORE


Read:
Rep. Jackie Speier the Equal Rights Amendment and What is Needed