Home » Unlabelled » My Body, Myself - Don't Hate Me 'Cause I'm Different

My Body, Myself - Don't Hate Me 'Cause I'm Different 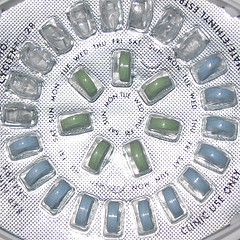 Yesterday provided a great reminder of why I’ve dedicated my energies to help organize this rally. I opened up Facebook to find a high school friend posting the following:

The president had a huge campaign rally today [8/8/12] with thousands of women. The message, according to Sandra Fluke? We should choose the leader of the free world, based upon whether he will spend billions of dollars to allow you to have unlimited sex without consequence.

Forget the budget, or national security, or fighting terrorists. Mere details. Are you freakin' kidding me?

No, sir – are you freakin’ kidding ME?!? I commented how off-base and unfair this summary of her remarks was. He replied:

if I live to be 150, I might get ONE oppty to testify before Congress. It's one of the greatest honors that any citizen can ever hope for. Sandra got her chance, and what did she talk about? She feels entitled to free contraception for life, because she's so poor and needy, and her future is so uncertain. Nevermind that she's already in one of the finest law schools in the world, and she will prob have a dozen job offers before graduation, the lowest of which will prob be north of $100k. I should be so devastated.

[Sigh] Gimme a minute.  It takes a second to juggle the multiple issues that rush to mind upon reading this.  [Deeper sigh] Okay, here we go on why this type of rhetoric appalls me (I will try to keep this brief, but will probably fail):


And although more women than men die from heart disease each year, a 2008 study published in the Journal of the American College of Cardiology reported that women comprised only 10 percent to 47 percent of each subject pool in 19 heart-related trials.


What does it cost women per year to correct health care “solutions” that turn out to cause problems because the procedures aren’t properly tested and verified for females?


Take a 40-year-old woman who does not smoke in Louisville, KY. She pays $196 a month, compared to the $128 a male smoker pays for the very same coverage with HumanaOne, according to data cited by the New York Times.

The argument for that higher cost is that women consume more health care resources per annum than men. See “my parts are different” above. See the fact that, at over 50% of the population, said volume of health care usage is the definition of “normal.” That’s the biological way of the world, dudes – I’m tired of it being treated as a privilege or, worse, an unfair consumption of resources. The idea of insurance is to spread costs that no one person could possibly bear alone across a pool of users. So spread the costs already – spread them fairly.
Huh.  Y’know what? I’m done talking about it. I don’t even care to correct in detail the misrepresentation of Ms. Fluke’s comments, either in her recent endorsement of Obama (which dealt with a wide range of issues including the economy, Paycheck Fairness Act, and the Violence Against Women Act - hardly an exhortation to "unlimited sex with no consequences") or her Congressional testimony (which dealt with coverage - not freebies, especially for those that work or attend school at religious-affiliated organizations).

Just based on the bullet points above - if that's the way you want to frame the discussion, sir, and until I hear you speak half as passionately about any one of the inequities listed above . . . Well, then - yeah, gimme my damn Pill for free. I’ve already paid for it in spades, buddy.  And that's one of many reasons why I'll be in DC next week.
comments