Home » Articles » News » War On Women » From the Frontlines - Women Don't Know if They've Been Raped?

From the Frontlines - Women Don't Know if They've Been Raped? 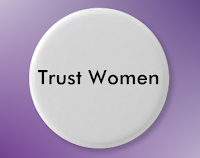 Before he was assassinated by self-proclaimed “pro-life” extremists, Dr. George Tiller wore a button to work each day that said simply, “Trust women.” That short but profound phrase has become popular among reproductive rights activists as they work carry on his legacy ensuring that women have access to birth control and abortion services.
Unlike Dr. Tiller, the GOP does not trust women.
Conservative distrust for women was evident when the House Oversight and Government Reform committee conducted a hearing on birth control without any women on the panel. It's present every time another state attempts to pass a “personhood” amendment to ban abortion. It's present in laws requiring women to undergo invasive transvaginal ultrasounds, mandating that they view the screen and hear details of the fetus, as if they might not comprehend what pregnancy is without a vivid description.
And distrust is certainly present in the Idaho debate over a yet another ultrasound law. Defending the bill on Monday, Senator Chuck Winder suggested that women may not even understand when they've been raped. In his own words, Winder said, “I would hope that when a woman goes in to a physician with a rape issue, that physician will indeed ask her about perhaps her marriage, was this pregnancy caused by normal relations in a marriage or was it truly caused by a rape.”
His patronizing tone comes through in print every bit as much as it must have on the Senate floor. Not only does he trivialize sexual assault by referring to women as having “rape issues,” but he seems to genuinely believe that a woman might need her doctor to help sort out whether or not she was actually violated. Not only does the GOP think we lack the mental faculties to visualize the biological process of pregnancy without a fuzzy picture to guide us, but now they assert that we are also unable to assess our own sexual experiences.
As these distrustful, misogynistic measures make their way through state houses across the nation, it is more important than ever that women raise their voices to demand equality and respect. We cannot allow conservative politicians to speak for us, nor to deprive us of our freedom. Sign up to march with us today.
comments