The Four Funniest Responses to the War on Women


Abraham Lincoln said, “I laugh because I must not cry.” 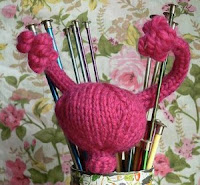 Surely, the War on Women is enough to bring any self-respecting woman to tears. One might even say that attitudes of paternalism and misogyny are nothing to laugh at. However, many women (and some men) have come up with clever ways to use humor as a weapon, roasting conservatives with hilarious tactics that illustrate the absurdity surrounding their efforts to deny us our basic freedoms. What follows are some of the funniest ways women are fighting back.
Did nosy state or federal representatives inspire you to create a funny graphic or write a funny article? Share it with us. Fighting the War on Women requires strength, time, and dedication, but a good laugh can motivate us onward!
comments