Today's Reason To March - The Power of Shared Intention 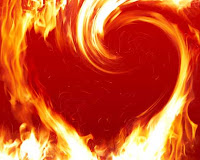 
The juggernaut that women can be when they come together with clear and shared intention is truly world changing. When Komen decided to defund Planned Parenthood the response from women across the country all but shut down SGK and to this day it has not recovered. Hard earned monies by women and the men who love them are now going to Breast Cancer Action, an organization which acknowledges the link between environment and cancer and refuses funding from companies producing known carcinogens.


The point is there was no question in anyone's mind that Planned Parenthood was being defunded as part of the anti-choice movement's strategy to connect Planned Parenthood to abortion. Planned Parenthood does not provide abortions but they do refer clients if they ask and if an abortion is a medical necessity. That is why the anti-choice movement does not want any federal monies whatsoever going to Planned Parenthood. Where they want the money to go is to Crisis Pregnancy Centers, basically Planned Parenthood without the abortion, contraception, and sex education and lots of scripture. This past week we saw the beginning of a new kind of anti-choice legislation coming out of Texas which would make it illegal for a doctor to mention the word abortion. Anti-choice legislation that continues to be passed and make inroads at the state level bans abortions after twenty weeks even if the pregnancy is a result of rape and/or incest, endangers a woman's life, or if the fetus is dead.


The anti-choice movement has been organizing for over 40 years, since the passage of Roe Versus Wade, and it shows. However, women across the country came together for a few days and single-handedly brought down Susan G. Komen. It wasn't organized, it was spontaneous, and so powerful Kristin Gillibrand, clearly the hardest working woman in government, joined with a few other democrats to form One Million Strong For Women, the purpose of the which was to harness this phenomenal female energy that surprised the crap out of everybody. We bring this phenomenal female energy and the power of shared intention as we join together and MARCH for our Reproductive Freedom and Equal Rights, 8-18-12.