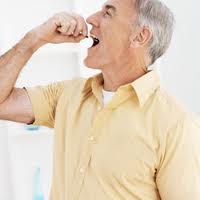 To: The Republican Party and Blue Dog Democrats
Dear Sirs and Madames,
In answer to the document we have recently received….if erectile dysfunction is to be defined (and it is) as a medical condition deserving of coverage what is actually being said is that a man’s inability to achieve tumescence is as harmful to his health and quality of life as say asthma or high blood pressure. Thus Viagra is to ED what an inhaler is to an asthmatic, and blood thinners and beta blockers are to the heart patient. Theoretically treatment allows the patient to enjoy the same quality of life they knew before the disease (medical condition) or so the doctors, the pharmaceutical companies, the AMA, and the ads tell us. By taking the prescribed drug, the asthmatic can breathe freely, the heart patient can stave off a heart attack and/or open-heart surgery, and the ED patient can have sexual congress. By defining ED as a medical condition you are stating unequivocally that a man’s ability to engorge and engage in sexual congress is as important as his need to breathe and his ability to avoid a heart attack. Most of the sane and insane men we love beyond all reason agree and have spelled out for us in no uncertain terms that it is the completion of the sex act that is key to a man’s health and quality of life. Interestingly enough the medical community concurs with this man-on-the-street opinion.
To take Viagra and not experience release is a guaranteed and thoroughly unpleasant visit to the hospital. We have this on good authority from the men we know who take Viagra and the doctors who prescribe it. It stands to reason then that the partner of the man taking Viagra, the recipient of his tumescence, is as intrinsic to the treatment of ED as Viagra for it is her/his warm, wet opening that is the stimulation that moves the act of sexual congress to completion. Now, implicit in the idea of birth control as a lifestyle is that SEX is the chosen lifestyle and according to the men and women who define ED as a medical condition that’s bad (you slut) and you’re on your own. But based on your own argument, that the ability to engorge and have sexual congress (release) is vital to a man’s health and well-being, then whoever (female, male, or trans-gendered) is having sex with a man on Viagra is actually performing a valuable medical service; a life-saving, life-prolonging, life-enhancing service, comparable to the Heimlich Maneuver. Birth control (sex) in this situation is hardly a life-style choice any more then a soldier’s need for military issued sunglasses in the desert is an issue of vanity.
The question that begs to be asked is should the service itself, sexual congress, be covered by medical insurance, as it is as intrinsic to successful treatment of ED as the “exhale” is to breathing. One of the men on Viagra with whom we spoke said he would have no problem paying premiums for his wife’s services. He was a little worried about the deductible though and the number of visits the insurance companies would allow. Yet another man we know on Viagra, an unmarried lobbyist, told us he already spent close to $5000 a month on escorts and massages and wondered what the difference would be between his current expenditures and the monthly premium and the co-pay. Still another man we know, gay and a political activist in a long-term committed relationship, (both he and his partner are taking Viagra) said what’s needed here is an “Association and/or Union” for people who are having sex with men on Viagra, that way the partner can get a better price on the insurance. The lobbyist agreed. The question of course is what is the time frame that determines whether or not ED is a pre-existing condition.
Now back to your original statement given for not insuring birth control namely, “Birth control is a lifestyle choice.” The statement is meant to sound intelligent but it is little more than nonsensical verbosity, you know it and we know it, therefore it cannot be addressed much less argued without losing hours of valuable time to phophorescent inanity. We are returning this document to you and respectfully request the following: a total of the monies earned by pharmaceutical companies on birth control pills last year, the amount of money the pharmaceutical companies stand to lose if birth control pills are insured, and a paper stating in simple language the process by which insured drugs make money for insurance and pharmaceutical companies. Clearly before we proceed with the conversation about insuring birth control we need a bi-partisan review to determine the purpose of sex; pleasure or procreation? We would also need to know how many of the significant others of congress and the senate are in fact indulging in birth control as they are the micro of the macro. How soon do you think you could get a special task force up and running?
Thank you for you time and consideration.
Katherine Manaan
Chairperson – Kitchen Table Caucus.
comments