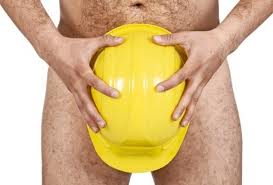 I honestly believe that you and the rest of the pro-life movement feel you have a mandate from God to legislate what women can and can’t do with their bodies; of course the God you represent was created by man for man a little over five thousand years ago when he re-wrote the Genesis story. Unknown to the vast majority of the global population, the purpose of the re-written Genesis was to destroy the religion of the Goddess; the subsequent genocide of Goddess worshipping people, necessary to impose the will and ways of the new, hornless, lightning-throwing God, is recorded in the old testament.
Sirs, I don’t expect you to follow any of the above; being evangelical Christians, the actual history of the bible and the foundation of your ethics and morality is of no importance to you, but I’m sure when I say I’ve come up with a ‘Solomon Solution,’ to the abortion problem you, bible literate men, will understand the reference. As you are fully aware the creators of the legislation regulating what I can and can’t do with my body are overwhelmingly male; yes there are lots of pro-life women but the pro-life movement itself is run and funded by men. It only seems fair that if men can tell me what I can do with my body then I should be able to tell men what they can do with their bodies. I contacted the Kitchen Table Caucus who ran a few studies and am pleased to report that 98% of the women interviewed would be perfectly willing to give up their reproductive freedoms, (abortion, contraception, and family planning) if they were allowed to legislate men’s sexual activities. Sexual activities would be defined as any activity where semen is spilled, i.e. fucking, jerking off, and blow jobs.
It makes perfect sense; men’s sexual activities are the reason women need abortions. If they would just wrap the pickle we would not be having this conversation, now would we? It’s true jerking off and blow-jobs don’t make a baby but I think it’s realistic to consider both “gateway” behaviors, meaning they lead to fucking, in much the same way smoking marijuana leads to heroin addiction. Our biggest obstacle will be the political action committee (or PAC) that will no doubt form and said PAC’s lobbyists. Clearly they’re going to be against legislating when and if a man is allowed to spill seed but the ladies of the Kitchen Table Caucus and I are ready with an on-point and powerful message that will render any argument null and void….the most effective way to eradicate a problem is to remove whatever is causing the problem and what is causing the problem is semen. This is a biological fact. No semen, no baby.
There is no question that men are going to strongly resist having their sexual activity legislated and if they hook up with the men who are part of the class action suit suing for the return of their foreskins we’re in for quite the wrangle. The reality is this…men’s sexual activities would not have to be regulated if they behaved responsibly and clearly they have not or abortion wouldn’t be an issue. How we’re going to regulate men’s sexuality is up for debate; I’m not sure if it’s a matter of chips and an I.P. number, or if Montsanto needs to be brought into it, but I an confident that women from both sides of the aisle, working together, and utilizing town meetings, will come up with the perfect solution. No doubt some kind of re-programming will be an in order, perhaps a sonogram of live, swimming sperm and/or cross-country billboards of bible scripture. The bible is fraught with strongly worded scripture against the seed spilling activities of men with other men, animals, and women, and if I understand correctly the bible is God’s word and the law by which you abide. Clearly if there are so many rules and regulations around the seed spilling activities of men, it stands to reason that the regulation of men’s sexual activities is your God’s answer to the abortion problem. I know, sometimes it’s hard to see the forest for the trees.
Thank you for your time and consideration.
All the best, Katherine Manaan
The Kitchen Table Caucus
comments