Home » Unlabelled » Todays Reason To March - To Confront The Lies

Todays Reason To March - To Confront The Lies 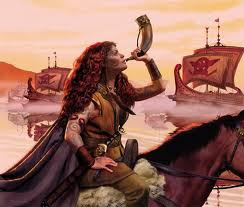 Right-wing Christians hate difference and diversity and they have been busy this week. First up is the Under God Indivisible Rally, which was organized in conjunction with Glenn Beck’s Restoring Love Event. The Bent Priestess’s brain went snap when she read Glenn Beck’s name and love in the same phrase. They really can sell anything these days can’t they? Under God Invisible and Restoring Love drew your basic rapture crowd and the most prominent anti-gay, anti-choice, preachers, activists, and televangelists in the country. As ever the lack of love witnessed has Jesus very upset and the angels wringing their wings. Harry Jackson of Hope Christian Church went so far as to say that a demonic power called the Queen of Heaven is behind the push for same-sex marriage.

Next we have Ralph Reed telling Christians to get on their knees and beg forgiveness so that God will show mercy on the nation this November. Mercy in Reed-speak is a Romney presidency. The last thing the Queen of Heaven wants is a Romney presidency, She has no patience for liars, bullies, and the power mad and is particularly disturbed by big oil, off-shore drilling, and fracking. I’ve been informed that on Her bad days She is more and more tempted to call the flood but on Her good days, and fortunately there are more of those, Her heart is made joyous by the fact that so many are coming together for the tribe of women and humanity. So cut those circles draw that power up and down, and keep changing the world.

Let's see, Mike Kelly compared mandated birth control to 9/11 and Pearl Harbor. He did not use the word birth control however, a point too often overlooked in favor of making fun of the latest right-wing hyperbole. The word Mike Kelly used was ‘abortifact.’ Science be damned, the anti-choice movement is laying the groundwork to push the lie that birth control pills cause abortions and sterilize women, in the exact same way they pushed the lie that Planned Parenthood kills babies. This is not a lie to be tolerated and the Queen of Heaven has very little use for people walking around preaching tolerance because they’re too chicken shit to confront a lie head-on. This is a misuse of the power that is tolerance.

Rounding it all out is Amendment 2 or the Right to Pray amendment on the docket in Missouri, which is pretty much a watered down version of the North Dakota Religious Freedom Amendment. The North Dakota Religious Freedom Amendment was too big a reach even for the right wing; had it passed it would have allowed religious law to trump the law of the land.  The Right to Pray amendment is laying the groundwork for just that. It states, “that no student shall be compelled to perform or participate in academic assignments or education presentation that violate his or her religious beliefs.”  Now there's a job creator for lawyers if the Bent Priestess ever saw one.

The public is being told that the bill is about religious freedom and desperately needed because Christians are being persecuted. Have you ever heard such crap? Disagreement with the ways, rules, and means of right wing religion are now being spun into persecution, just like birth control pills are being turned into abortifacts and agents of sterilization, and Planned Parenthood was turned into an abortion factory, and same sex marriage is responsible for climate change. And every lie told and every word reworked to confuse are all under the aegis of 'God Indivisible' and 'Restoring Love' to fight the demonic power that is the Queen of Heaven.


It's amazing how it all connects isn't it? Like a giant toxic maze.

Stand Up To The Lies!