Home » Action » News » Organizing » Stand Up Against the 'Stand Up!' Rallies

Stand Up Against the 'Stand Up!' Rallies 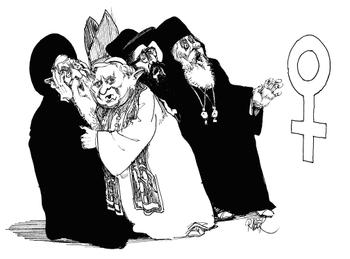 "Stand Up for Religious Freedom" declares a website announcing nationwide rallies on June 8th.  At first glance, it sounds like a great cause.  Who doesn't like the First Amendment?
Upon further reading, however, you'll discover that the "Stand Up!" event is actually sponsored by the Pro-Life Action League and Citizens for a Pro-Life Society, two organizations that aim to impose their religious beliefs upon all Americans by eliminating contraception and abortion access.  The website claims that they are rallying against a health care mandate that will require all employers to cover contraception, sterilization, and so-called "abortion-inducing drugs."
The separation of church and state has never been more important than it is this year.  With groups like these clamoring to turn their religious rules into guidelines that will restrict all of our rights, we are the ones who must stand up and fight back to secure our own bodily autonomy. 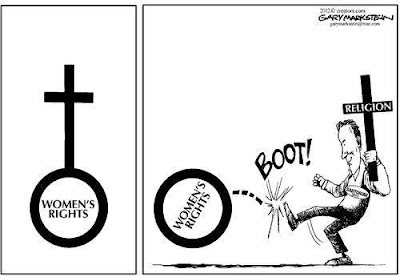 Religious freedom - real religious freedom as promised by the First Amendment -  guarantees that American citizens will not be forced to live under a state-mandated religion.  It guarantees, too, that each one of us will have the choice to practice, or not, a faith of our own choosing.  Attempting to use religious freedom as an excuse to limit women's rights, gay rights, worker's rights, and civil rights goes against the most basic tenets of the Constitution.
Don't let conservatives pervert the meaning of freedom.  Click here to find out if they're organizing in your city, and if they are - join forces with your friends to stage a counter protest.  At noon on June 8th, stand up!  Tell state and federal lawmakers that you will not be silently stripped of your rights to appease those who would restrict you with theirs.  Make no mistake: the only freedom these protesters want is the freedom to oppress women.
comments